Be sexy, lean and strong at any age! 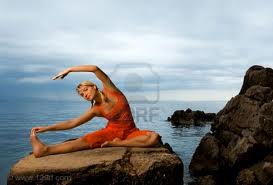 I just got back from an amazing place — Sanoviv Medical Institute — part holistic healing hospital, part elegant spa, part fat-farm. Sanoviv can literally take a toxic body and change it to a healthy one in a few days! I experienced my first colon hydrotherapy, sacro-cranial massage, Laughter Yoga for healing, and new, cutting-edge nutrition and detox techniques that are based on true science, not just some fad diet pumped-up in a magazine. My metabolism was tested and typed. I found out that I am super-healthy, by Sanoviv standards, with an almost perfect metabolism. The microscopic blood analysis — living and dried, showed a bit of trouble with allergies and digestion, which tracks with my own experience. They told me I was on the right track and to keep doing what I do, with just some fine-tuning for liver support and more probiotics.

Now I am living by their regime: warm water with juice from half a lemon and cayenne first thing in the morning, then a healthy breakfast, minimal fruit, green juice from veggies, plus healthy meals with lots of raw veggies and sprouts. Fish and chicken but only wild-caught or free-range. I found out veggies are better for me than lettuce and some of my favorite night-shade veggies need to be consumed less (eggplant, tomatoes). My supplement routine was affirmed as being right on-target! Except my blood-pressure was low and now I only need to take one BiOmega a day, versus two. (Bi-Omega is a pure fish-oil capsule from USANA.)

Sanoviv is located in Baja California, in Ciudad Nacional, right on the ocean. The location was chosen by Sanoviv’s founder, Dr. Myron Wentz, for the pure air, and the energy vortex recognized by NASA. Shamans used the beach below Sanoviv for their ceremonies. The energy there was palpable. I really felt as though I were not in this world — as though I were someplace so special and serene that the trials and tribulations of the day-to-day world had all been left behind. The staff is unfailing welcoming and accommodating. The views are magnificent and I could live in the pools!

Doctors from around the world send their desperate cases of cancer, multiple sclerosis, and undiagnosed diseases to Sanoviv. They assign a team of medical staff, including a psychiatrist, dentist, fitness professional, chiropractor and several doctors, to each case. Every possible diagnostic tool is employed and many patients told me that root causes were uncovered, after they had spent years undiagnosed and seeing multiple specialists, all with differing opinions. Sanoviv performs the tests, then gathers the team to review and interpret. A treatment protocol is reached. Most patients were taking not only very special supplements, but many were on the foundation of USANA supplements — the same ones I have been taking for eleven years. I saw people who were barely existing become animated and the color return to their cheeks, after their first two weeks there. By the third week, they were already on the mend.

It was hard to return to the “real world” where I have to deal with the temptation of grocery store shelves. At Sanoviv, you are fed the healthiest food, loving prepared, in just the right amount and form, all organic and all pure. I lost four pounds in six days, felt great, and slept like a log. Luckily, I have learned the difference between the so-so food and the best food, and I do not want to settle for less than the best any more!

Sanoviv offers a Certificate in Nutrition and Health Advisor, which I have now obtained. If you would like more information, please let me know. And, remember: You Can Be Lean and Strong at Any Age! 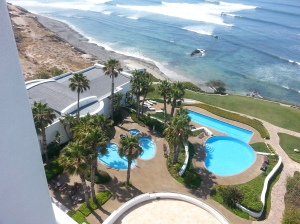